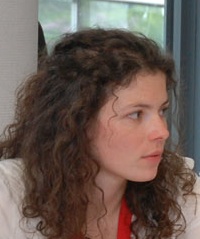 My thesis under the supervision of Prof. Nil Özçağlar-Toulouse was entitled Belonging to the consumer society while being a working poor: A socio-historical approach of the construction of the poor consumer figure. It focused on the construction of the poor consumer figure in France. Specifically, we were interested in the mechanisms underlying the sense of belonging to the consumption society in the case of working poor people. Inspired by Michel Foucault’s works, we looked at the decisive historical role of consumption and market actors in the shaping of specific forms of governmentality.

To this end, we have conducted a historical research in order to understand the transformations of the representations of poor people in France since the 1950s. In parallel, we have completed long interviews and collages with 16 working poor people in France, in order to understand their interpretation of this belonging. Our interpretive analysis reveals that working poor’s consumption discourses are produced around the notion of responsibilization. Responsibilization appears as a Foucaldian dispositif which is influencing three senses of belonging of these people to the consumption society: a legitimate one, a competent one and a moderate one.

We concluded this research with a discussion on the implications of responsibilization in the working poor’s process of construction of social link. It reveals implications for the companies and public organizations which are more and more willing to target poor consumers. 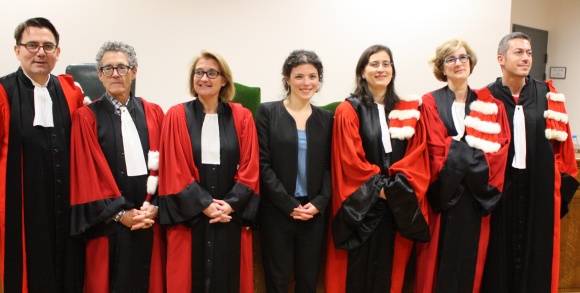 Hélène Gorge and her doctoral committee in December 2014

Hélène is now Assistant professor at Lille University, working on consumption in the health sector.